Everyone is waiting for the date of the Mexico-Poland match in the 2022 World Cup, especially since it carries with it vengeful intentions. The confrontations between the two teams, although few in number, are always exciting and fun, with a comparative historical advantage for the team coming from North America. 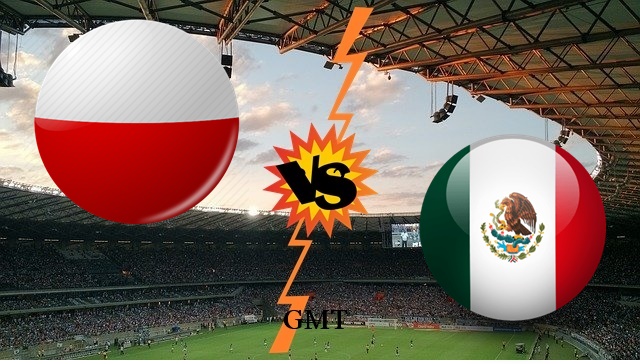 The Mexico-Poland match comes more than 44 years after the confrontation that brought them together in the group stage of the 1978 World Cup, which took place in Argentina and crowned the host country, and this meeting ended with a great victory for the pole. , with a score of (3/1).

The Mexican national team is eagerly awaiting revenge for the great defeat, especially with the team's supremacy in the FIFA world rankings recently, in addition to its almost permanent presence in the World Cup tournaments, while the Polish national team hopes to restore the glories of the championship. the past, and tried to repeat the achievement of the 1974 and 1982 World Cups.

Both teams are in Group C along with Argentina and Saudi Arabia, so winning this match is of great importance to them. Most likely, the winner will advance to the final prize, while the loser will have a difficult task to solve.

The date of the Mexico and Poland match in the 2022 World Cup:

Channels that broadcast the Mexico-Poland match for the 2022 World Cup:

You can also watch the live broadcast of the Mexico-Poland match on the "Tod" application, as well as the "beIN Connect" service. There are other free channels, which are linked to the Turkish "Erib" and the German "ZDF".

The expected formation of the Mexican national team for the 2022 World Cup:

The Mexican national team is participating in the World Cup final for the eighth time in a row, in the version that will be held in Qatar 2022, after it finished second in the CONCACAF qualifiers, after the Canadian national team, by goal difference.

The Mexican national team achieved the best results and performance in the history of the World Cup, in the two editions "1970 and 1986" at home and among its fans, after reaching the quarter-finals.

With regard to the expected formation of the Mexican national team, they are as follows:

The expected squad for the Polish national team for the 2022 World Cup:

Poland will work their way through the group stage of the 2022 World Cup after achieving just one win in the 2018 edition.

National voter Czeslav Mikhnevich hopes that his country will pass the second round for the first time since 1986, especially given the quality of the team in all fields, led by Barcelona's top scorer and star Robert Lewandowski.

Regarding the expected formation of the Poland national team, they are as follows: